Through the yeas, the scope of their lifesaving work has grown tremendously, providing a safe haven and ongoing support for victims. Their innovative advocacy and education programs increase awareness and promote the prevention of domestic violence, sexual assault and all forms of oppression.

In order to clarify and focus Safe Berks, the organization implemented a powerful and succinct essence statement “Educate. Advocate. End Abuse.” with the emphasis on “End Abuse”.

CrossRoads worked with the Safe Berks team to develop all key elements of the brand touchpoints. These included items, such as sub-brand management, video, signage and multilingual marketing materials. One of the more intriguing developments was the medical advocacy poster, commonly referred to as the “potty poster”. This poster is applied to the inside of bathroom door stalls throughout regional schools, hospitals, public areas and private organizations. With phone and text message tear-offs, it has become a powerful way to connect to those in need.

Response to the branding has been extremely positive throughout the community. The message is clear, all forms of domestic violence and sexual assault are unacceptable and Safe Berks is here to help.

When we say Berks Women in Crisis, we put the focus on the victim. When we say ‘Safe Berks,’ it is more inclusive, so we know that we all have a role to play in preventing domestic violence and sexual assault. 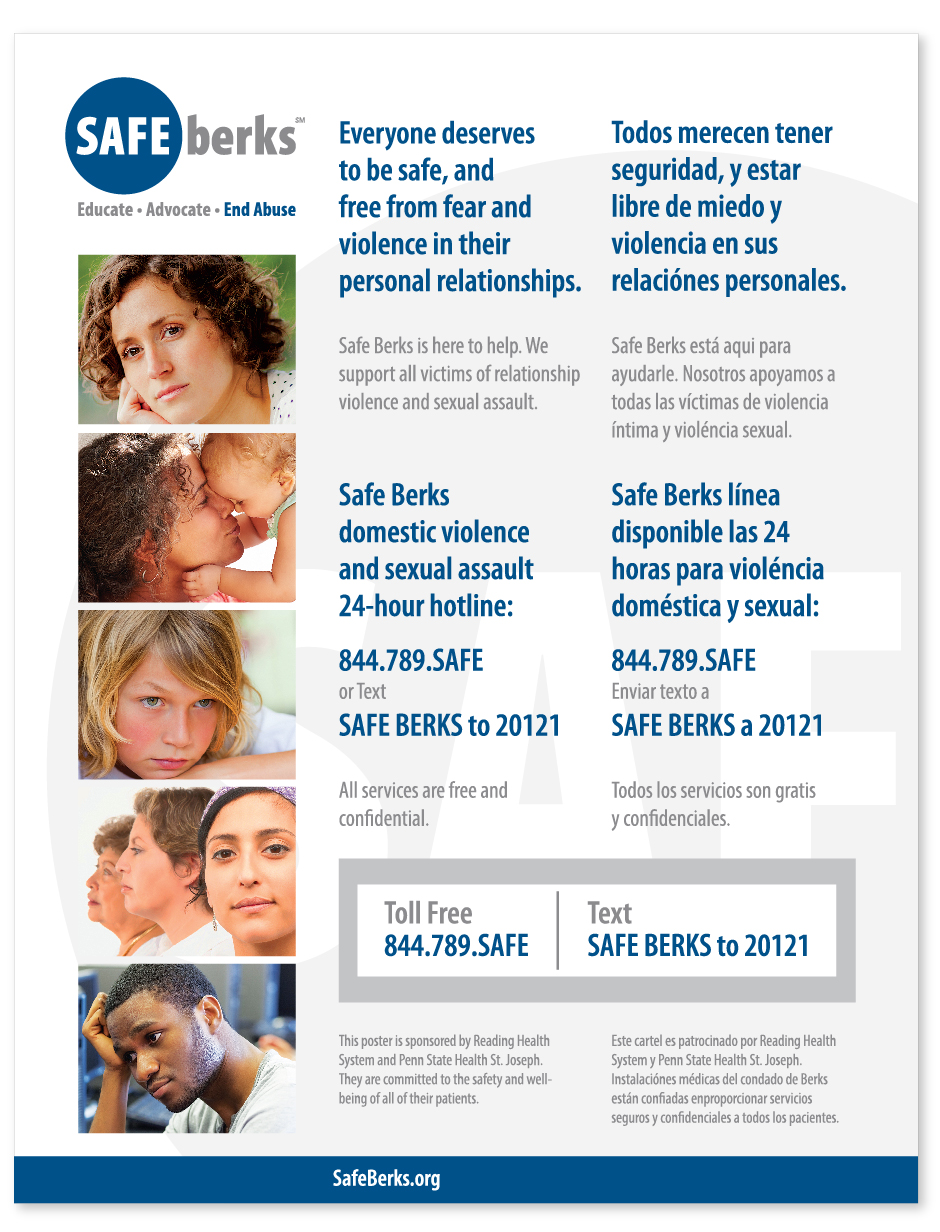 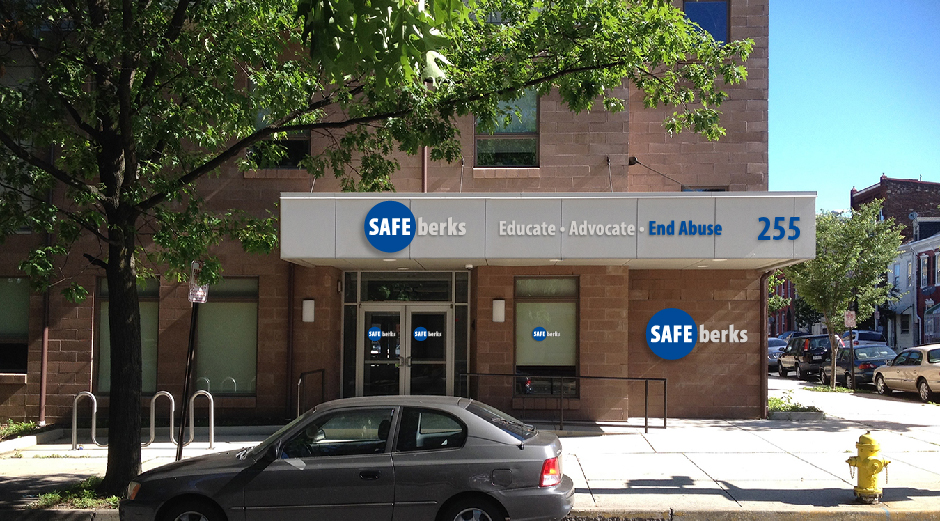